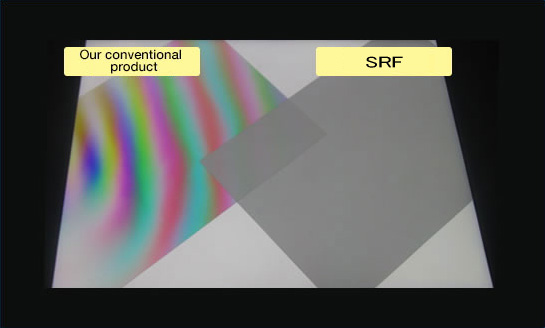 (Above data is typical value, not guaranteed value.)

Can be used as a protective film for two-upper and lower polarizers. Usually, a TAC film is used as polarizer protective film; however, in severe operating environments, moisture permeability with this material often leads to problems including uneven images and image quality degradation. Use of SRF is expected to solve these problems and make LCD panels more reliable. 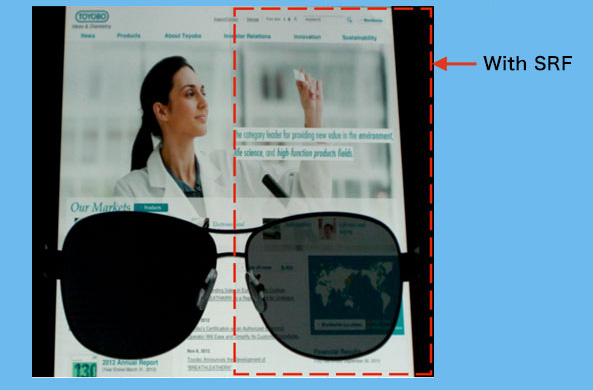