<Outline of new plant to be built> 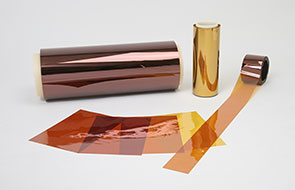 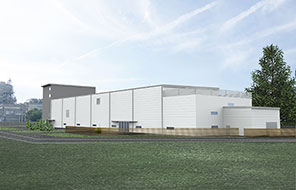 Rendering of New Plant of “Xenomax®”

XENOMAX® is a heat-resistant polyimide film whose dimensional stability is among the world’s best for this kind of film, with a coefficient of thermal expansion (CTE) of about 3ppm/ºC in environments ranging from room temperature to as high as 500ºC. Utilizing its technologies to synthesize heat-resistant polymers and make films, Toyobo succeeded in producing a polyimide film that has the dimensional stability equivalent to that of glass substrates, an achievement long considered to be impossible. The product can be used as a substrate on which thin-film transistors (TFT) are built in a production process under temperatures ranging from 400ºC to 500ºC. The product has been made at a pilot plant inside the Corporate Research Center (Otsu City, Shiga Prefecture), and used as a TFT substrate for electronic paper displays.

Xenomax – Japan will build a new plant scheduled to start operations in October 2018. This plant will enable the company to meet growing demand for TFT substrates to be used in electronic paper displays. In addition, the company will capitalize on the main features of XENOMAX® – it is thin, light, virtually unbreakable and bendable – to market the product. It can be used for flexible OLED, various sensors and next-generation displays such as microLED.

A new-grade, 5-micron-thin product has been added to the XENOMAX® lineup, in addition to the conventional 38-micron-thin type. Xenomax – Japan will focus on expanding XENOMAX® sales for flexible OLED and sensors, which require ever-thinner components. The company aims to establish a ¥10 billion business at an early stage.