Toyobo Co., Ltd. is seeking to accelerate its development of a key material in organic photovoltaics (OPV), which are anticipated to be the next generation of solar cells, through a joint effort with the French government research institute CEA.

OPV uses organic materials made from polymers containing carbon, sulfur and nitrogen, instead of the silicon and other inorganic substances used to make conventional solar cells. A thin, lightweight and flexible solar cell can be made by applying a power-generating material to a plastic surface. The material can also be applied to glass and metals.

OPV can be installed on walls, windows, clothing, curtains and other surfaces that are currently unsuitable for installing solar cells. This makes OPV a promising next-generation solar cell that could serve as a wireless power source for the sensors needed to run Internet of things (IoT) devices.

Toyobo aims to create a novel power-generating material for OPV by optimizing the chemical structure so that relatively large amounts of electricity can be generated via low-illuminance and indoor light sources such as LEDs. The technology is based on Toyobo’s organic synthesis technologies that were born out of years of research on fine chemicals.

In a recent experiment using a brightness environment equivalent to a typical office, OPV modules made with the new material generated more than 1.4 times the power as amorphous silicon solar cells, like the ones used to power desktop calculators.

Toyobo recently launched a joint research effort with CEA, which was enthusiastic about the high output performance of indoor OPV modules using the new material as well as the usability of the production process. In collaboration with CEA, Toyobo will strive to develop the technology needed for practical OPV using Toyobo’s material with an eye to the European market, which is expected to be among the first to embrace OPV. 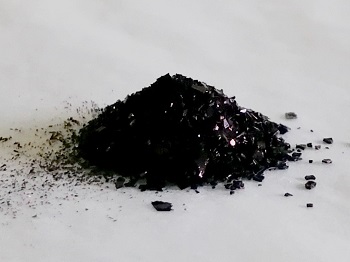 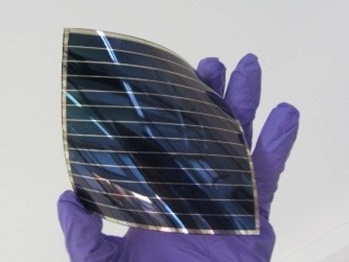 About CEA
CEA is the Alternative Energies and Atomic Energy Commission (CEA: Commissariat à l'énergie atomique et aux énergies alternatives), a French government agency. It conducts research and development in the fields of information and communication technologies, energy, and healthcare; engages in joint research projects with manufacturers; and nurtures start-ups.