Toyobo Co., Ltd. has received the 2022 Award for Technical Development by Chemical Society of Japan (CSJ) for its work in the “Development and Industrialization of Novel Aluminum Catalysts for Polyethylene Terephthalate.” The CSJ, Japan’s biggest chemical society, has presented this award, which recognizes outstanding achievements in developing technology in Japan’s chemical industry, annually for the past 71 years.

Amid heightened global environmental awareness, recovery and reuse systems mainly for PET bottles have been rapidly established, and then PET resin recycling is expected to expand beyond bottles to fibers, films and molded items. Against this backdrop, the award was presented to Toyobo after CSJ gave high marks to TOYOBO GS Catalyst® as an innovative catalyst fundamentally improving the thermal stability and quality of PET resins, thus contributing to promote recycling. It was also evaluated that Toyobo has achieved global industrialization of the catalyst.

Taking the award as an opportunity, Toyobo will make further efforts to expand the sale of TOYOBO GS Catalyst® and commit itself to developing new technologies that can help realize a circular economy. 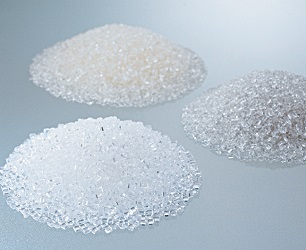 TOYOBO GS Catalyst®, developed by Toyobo in 2002, is the world’s first polyester polymerization catalyst using aluminum. It does not use heavy metals such as antimony. PET resins manufactured with the catalyst are highly transparent and less likely to deteriorate when repeatedly melted and molded due to their excellent thermal stability. Their eco-friendly features make them suitable for products such as plastic beverage bottles.